Title means, "My Japanese Language Class"
During the four and a half months period of my stay in Japan, i have joined a Japanese language class. There were four levels available, JA100 - JA400, with the later was the highest level. Before enrolling, students were supposed to do a placement test, but i skipped it, hehe. My friend from Indonesia, Haris, did the test and was assigned to the JA200 class. I thought, "hmm.. if he can do it, then i can". So i joined the JA200 class.
The class was a really interesting mix. There were Brazillian, French, South Koreans, Finns, Swede, Dutches, and of course, Indonesians.
Let's start with the Indonesian here. Me, Ganda, and Haris, who went together to Japan, plus Caca. Caca is an undergraduate student, like us, whose presence in Japan was to do an exchange program too, a different one from ours though. We Indonesian, were the biggest in number in class, but remained low in profile. Well,,, was it just our humble culture? Well, actually, i wanted to make some scene, but i was already struggled only to keep up with the class's pace, hahaha.
Next is the Koreans. There were three Korean: Bun, Rhee, and Park. Bun was an undergraduate whose major was hotel managerial. I really liked this guy. He was modest, despite his Japanese was the best in class. Rhee was a girl, shy but quite cute. Park, hoho, this guy was funny, and the loudest in class. I think the Koreans were topping our class.
Julian, Xandra, and Ewout are the netherlanders. Julias seem to be the most eager to learn Japanese. Xandra, a girl, a little tomboy i think, and to my surprice, was a video games fan! Ewout, hahaha.. i envied this guy. He had his girlfriend flew from Holland to met him in Japan in a vacation.
Klas is a Finn, had a good sense of humour, and a loud voice. Marita also came from the same country as Klas. Between the Europeans, i think she has the best Japanese. Since the Finns came from Nordic area, they thought winter in Japan was not cold at all. Klas even wore a T-shirt in the class room. WTF? I was freezing in the meantime.
Vinh is an Asian-blooded Swede. He often came late to class and our sensei liked to tease him. Hueges came from France. He is so.. umm.. French? :p. He was Klas's room mate. One day he dissapeared for three days and made Klas worry, hahaha. Then we had Danilo. He was Brazillian, same age as me. His english is excellent! i wonder if all Brazillian have good English.
hehe. ok, that's was my Japanese class team mates. A really good experience for me, my first sip of international taste, preceeding many more to come! Amin! :D
Ditulis pukul 3:38 PM 2 comments:

I think it might help you to know that research has found that audiences can’t pick up on your anxiety as well as you might expect. Psychologists have documented what is called an “illusion of transparency.” Those speaking feel that their nervousness is transparent, but in reality their feelings are not so apparent to observers. This happens because our own emotional experience can be so strong, we are sure our emotions “leak out.” In fact, observers aren’t as good as picking up on a speaker’s emotional state as we tend to expect. So, while you might be so nervous you’re convinced that everyone can tell how nervous you are, in reality that’s very rarely the case. What’s inside of you typically manifests itself too subtly to be detected by others. With this in mind, you should just relax and try to do your best. Know that if you become nervous, you’ll probably be the only one to know.
sumber: http://blogs.psychologytoday.com/blog/quirky-little-things/200805/speech-anxiety-and-the-illusion-transparency
hehe,, four days before my final presentation.  wish me luck guys! :D
Ditulis pukul 8:55 PM No comments:

Okay, here’s the rule :
Use Google Image to search the answers to the questions

below. Then you must choose a picture in the first page of results, and post it as your answer. After that tag 7 people.

::the age of next birthday:: 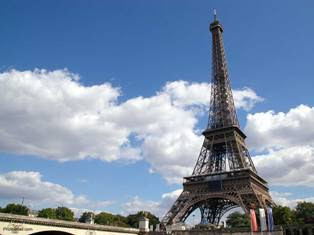 hehe. untuk saat ini mom is the one and only :D

well.. it's a common nickname for a guy named Taufiq

live in a green building!

Taufiq Muhammadi . Technology Enthusiast . An Indonesian youngster who really proud for being one.